2E Gifted Identification and the WISC-V 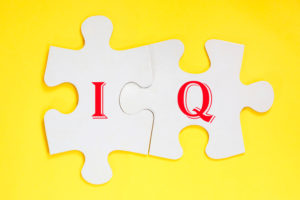 Breaking News! Full Scale IQ is out for identifying 2e students as gifted! Measures that capture their strengths better are in!

What is the WISC-V? The most common IQ test most of us use to assess intelligence is the Wechsler Intelligence Scale for Children (WISC). It was first published in 1949 and is updated about every 10-12 years. We’re now on the WISC-V which came out in 2014.

What was wrong with the WISC-IV? Why did they have to change it? There are several reasons the WISC is updated. One is to reflect what we’ve learned about abilities. For example, the WISC-V places a greater emphasis on fluid intelligence which we’ve learned is a critical higher order process. It also separates fluid and visual-spatial reasoning into separate processes, as they should be. Tests are also updated in order to re-norm them. The “norm group” is the group of people in the test sample that constitute the comparison group. Newer versions of the WISC try to ensure that the norm group is representative of the current population, with representative samples from different ethnic groups, income levels, IQ levels, etc. Also, re-norming is important to compensate for the Flynn effect. I could write a whole blog about the Flynn Effect, but the gist of it is that IQ scores in the population are increasing, so if we use older IQ tests today we are likely to get inflated scores. This is one reason why scores on tests like the Stanford Binet-LM are suspect (in my opinion) as that test was published in 1972. There are newer versions of the Stanford Binet but some testers prefer to use the older version partly because it results in higher IQ scores.

But I’m supposed to be talking about the WISC-V. At first I was excited to see it conformed better to what we know about intelligence today. But then I began noticing that there are some problems, especially for 2e gifted identification. I reached out to some colleagues and it turned out a number of us were concerned. So we decided to figure out what was going on and try to do something about it.

Why is it harder to identify gifted and 2e students with the WISC-V? There were a number of changes from the WISC-IV to the WISC-V which have made it less useful in identifying gifted and 2e learners. One was to have the Full Scale IQ score calculated from only 7 tests rather than the prior 10 subtests. I can only imagine this was to make it shorter to administer. They also reduced the number of subtests in each of the key composites (Verbal Comprehension, Working Memory, etc.) from 3 subtests to just 2. They added a fifth index (visual spatial). Nice, but the use of five indexes skews the longtime balance between verbal and visual reasoning toward visual. Yet, children are often referred for testing for giftedness based on articulate verbal expression, and we need robust measures of verbal intelligence to identify them. Furthermore, substitutions are no longer allowed to accommodate disabilities; only one substitution is permitted within the Full Scale IQ score. In the past we could substitute certain tests emphasizing higher order reasoning processes which are better measures of giftedness. Discontinue criteria (the point at which the tester stops asking questions when the student has gotten several in a row wrong) on the WISC-V (compared to the WISC-IV) were shortened from four or five items missed in a row to three for most subtests. This again makes the test shorter to administer but may prevent a student from showing all they know. Use of timing on subtests has increased on the WISC-V. Two key subtests allows only 30 seconds for the most difficult items. Gifted students who are more contemplative in nature and not as speedy are really disadvantaged. Plus – and this is egregious in my opinion – they haven’t yet published an Extended Norms table for the WISC-V for calculating IQ’s of super-bright children. That deserves another separate blog post…

But let me get to the good news. We discussed the matter in the assessment committee of the National Association for Gifted Children (NAGC), and decided to take the issue on. In August 2018 we published this Position Paper with recommended guidelines for use of the WISC-V in the assessment of gifted and twice exceptional children.

All position statements are approved by the NAGC Board of Directors and are consistent with the organization's position that education in a democracy must respect the uniqueness of all individuals.

The NAGC recommends that the WISC-V Full Scale IQ score not be required. In fact, it states: “The Full Scale score may…impede efforts to ensure that gifted classrooms, programs, and schools are accessible to children with disabilities.” This is a disability rights issue!

Instead, the NAGC recommends that any one of the following WISC-V scores (subtests in parentheses), should be accepted for use in the selection process for gifted programs:

Note: The test developers (Pearson) have a technical report in progress with tables for calculating this last index. All the other indexes can be calculated by test scoring software or the use of tables in the test manual and technical reports.

Why is this important? Because now gifted children can be more readily identified for their strengths without their relative weaknesses pulling them down. This is especially critical for the twice-exceptional who have cognitive profiles full of extreme ups and downs. You don’t want to “average” that profile to the 50th percentile! In addition, if a child is gifted in one higher order reasoning area but not the other, their strength can still shine. I often work with children who are exceptional at fluid reasoning but not verbal comprehension. Or the reverse. They’re still gifted.

What should parents do? First, make sure whoever tests your child administers enough subtests to calculate the above indexes. If they just give the 7 subtests in the Full Scale IQ you won’t have what you need. You will need at least the following 13 subtests to be administered: Block Design, Similarities, Matrix Reasoning, Digit Span, Coding, Vocabulary, Figure Weights, Visual Puzzles, Picture Span, Information, Picture Concepts, Comprehension, and Arithmetic.

Second, lobby for your child using the Position Paper as support!