Could your child be twice exceptional? What does that mean anyway? 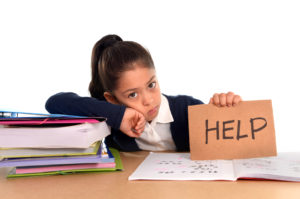 The term twice exceptional, sometimes shortened to “2-E,” is being used more and more often to describe high-ability learners who also have learning difficulties. These are smart students who have dyslexia, ADHD, Asperger’s, or some other learning weakness or disability that gets in the way, at times, of their ability to learn and perform at their ability level. It’s a terribly frustrating situation for all involved!

The word “exceptional” is used because it communicates the idea that these students have abilities at the extreme end of a range. Exceptional by definition means uncommon, deviating widely from the norm.

The word "twice" refers to the exceptionalities being in two areas: one in an area of strength and the other in an area of weakness. Jason, who has verbal ability at the 99th percentile yet cannot not read or spell anywhere near grade level due to his dyslexia is twice-exceptional. Melissa, a science and technology whiz who knows seemingly everything one could possibly know about cell phones and satellites, yet can’t connect well with others due to her Asperger’s, is also 2-E.

But thinking of a student as just twice-exceptional is often an oversimplification. Many students have more than one area of significant strength and more than one area of significant weakness within their cognitive profile. They are not just twice-exceptional, but rather thrice or more! This happens because both strengths and weaknesses tend to occur in clusters (known as co-morbidities in disability jargon).

Just taking ADHD, it is estimated that 50-90% of people who have ADHD also have some other weakness/disability such as a learning disability, anxiety, depression, or bipolar. And this is the same for strengths - it is quite common for a 2-E student to have strengths in more than one area. Sarah has four areas of weakness: ADHD, dyslexia, math disability and anxiety. But she has three gifted-level strengths: verbal reasoning, fluid reasoning, and creativity. Among the students I’ve assessed there are many more children like Sarah who have multiple exceptionalities on both sides of the equation than who have just two.

Does a student have to be identified as “gifted” to be twice-exceptional?

I feel it depends on what one means by “gifted.” Global measures of intelligence like IQ are composites of many different abilities including verbal, visual-spatial, fluid reasoning, memory, processing speed and other abilities. 2-E learners might not test as globally gifted because their areas of weakness can bring down their overall IQ score. Yet they still have significant (exceptional) areas of strength. I consider a student to be gifted – to be “exceptional”- if they have a significant strength in one cognitive area related to learning and higher-order reasoning. They don’t need to be “globally gifted” and good at everything to be gifted in my book. I certainly consider a student who is exceptionally strong at higher order math thinking and fluid reasoning yet makes frequent careless errors and has slow math fluency to be gifted. In fact that profile describes the kind of “arithmetic weak/math talented” sort of student who may be in remedial math in lower grades, yet is capable of excelling in higher level math classes in high school and college math ld.

How “disabled” does a bright student need to be to be twice-exceptional?

Just how weak do their weaknesses need to be? Some academicians, educators, and others feel that unless a student is performing below the average level of his/her peers (and this can be defined as low as the 25th percentile), they do not have a disability. I disagree, and so do many professionals who have experience with gifted learners. Students are expected to perform academically at their ability level. That is what IQ tests were originally designed to do: predict academic performance based on ability. If there is a significant gap between ability and achievement, that’s a problem that needs to be addressed.

Twice-exceptional learners are complex and fascinating. They have enormous potential, but it may be hidden from view. Underachievement is a high risk. Frustration is a given. Anxiety and depression are common side-effects.

If you think your child might be twice-exceptional, one of the greatest gifts you can give them is of understanding.