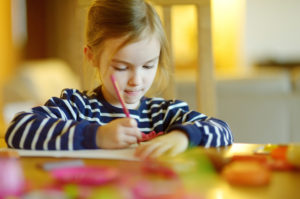 I speak with parents all over the world about their twice-exceptional children. One thing that keeps coming up again and again in nearly every state and country is that no one believes them that their child could be simultaneously gifted and dyslexic. A parent senses something is amiss, but friends, family (sorry to say this – but this often includes husbands), educators, and even psychologists are skeptical. It can be a very confusing and lonely position for the parent who is trying to advocate for their child to be in.

To make matters worse there are well-meaning researchers and psychologists who have urged that we do away with using IQ tests in the diagnosis of dyslexia. But if we don’t use IQ in a discrepancy analysis to ascertain how much lower achievement is than ability it can be hard to find the gifted dyslexic. The anti-IQ, anti-discrepancy formula “movement” was driven by good intentions. Children from disadvantaged backgrounds with IQ’s too low to show discrepancies were being under-served. And yet they had very real reading challenges which needed to be addressed. One of the first articles that got a lot of attention was one by Linda Siegel published in 1989 titled, bluntly: IQ Is Irrelevant to the Definition of Learning Disabilities. Around the same time reading researchers established that the core processes impaired in dyslexia were phonological processing, orthographic processing, and rapid naming. So the well-meaning crowd decided to throw out IQ tests and focus on assessing those abilities.

The only problem – which no one seemed to notice – was that this left out the gifted dyslexic. I remember sitting in a conference at Berkeley listening to Linda Siegel present her views on the topic knowing full well that if I stood up and challenged the assumptions I would probably be booed out of the room. It was not politically correct to say that IQ mattered.

I agree that low IQ shouldn’t be a barrier to children receiving needed services. But I also feel that high IQ should not be a barrier. And it often is under the current educational/political climate.

Gifted dyslexics are often “hidden.” This is because their strengths can camouflage their weaknesses. Despite poor word-level reading skills, they may have such strong verbal abilities that they can guess what's going on in text. Their reading comprehension and even their phonological skills may test in the average (often low average) range. Teachers may not notice anything alarming. True – they don’t gravitate to independent reading and they stumble when asked to read aloud, but they appear to get by.

Some people (educators and psychologists included) misinterpret the diagnostic criteria and make the assumption that someone only has dyslexia if they are failing their classes or performing below grade level or below the level one would expect the “average person” to attain.

Diagnosis of disability is based on criteria set forth by the American Psychological Association in the Diagnostic and Statistical Manual of Mental Disorders (the DSM-5) and in the International Classification system, called the ICD-10.

The DSM-5 does start out saying that to have a Specific Learning Disorder the student’s academic skills must be “substantially below” expectations for their age. Many people stop there and interpret this to mean that performance has to be below average, which may be defined as being below a standard score of 85 which is at the 16th percentile. Thus, a student with verbal ability at the 99th percentile and reading performance in the low average range at the 17th percentile may not be seen as having a disability. This is known as the “average person standard.” You’re only considered disabled if you’re not doing as well as the average person.

However, when one reads the fine print in the DSM-5 they go on to say that “average achievement that is sustainable only by extraordinarily high levels of effort or support” is evidence of disability. So if a bright dyslexic child is getting tutored and working harder than his peers and is still performing in the average range, that’s evidence of a disability.

The DSM-5 also says that “there is no natural cut point that can be used to differentiate individuals with and without” a learning disability. It’s not appropriate for a school district to use an arbitrary cut-off at some percentile or say that if the student is getting A’s and B’s they can’t have a disability.

The DSM-5 further states that intellectually gifted students can still have learning disabilities despite being “able to sustain apparently adequate academic functioning.” There’s a clear recognition here that a gifted student may perform at an average level and yet still have a disability.

By definition a learning disability is an “unexpected” difference between ability and achievement. A student who has exceptionally high ability and yet performs academically at a level significantly below expectations displays an ability/achievement gap that can be  evidence of disability.

And now let me direct you to some of the neuroscience to support this view. Dr. Fumiko Hoeft is a brilliant (Harvard,  CalTech, and Stanford educated) and stunningly beautiful neuroscientist at UCSF School of Medicine who strides into a room in 5” heels as if they were sneakers. She’s written articles for The New Yorker on How Children Learn to Read and at Understood on Stealth Dyslexia. A YouTube of a presentation she gave at a Dyslexic Advantage conference on the Brain Basis of Dyslexia shows in clear images that gifted dyslexics process language using the same less efficient pathways as non-gifted dyslexics.

Basically, what Fumiko has shown through neuroimaging is that you can be gifted and dyslexic. Thank you Fumiko!