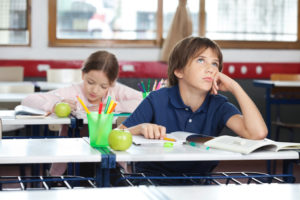 If your child has ADD or ADHD, or you think they might, do you worry that it will affect their life and future in only negative ways? Distractibility, disorganization, hyperactivity, interrupting the teacher, not completing assignments, poor time management, underachievement – the list goes on.

I agree there are significant challenges associated with having ADHD, and certainly being the parent of a child with ADHD is not easy!

But today let’s look at the flip side of the coin – the positive aspects. I’ll use the term ADHD because our diagnostic manual (the DSM-5) groups all of these attention disorders under Attention-Deficit/Hyperactivity Disorder (ADHD), allowing us to specify predominantly inattentive, predominantly hyperactive/impulsive, or combined presentation subtypes.

Recently, research has been focused on uncovering the strengths associated with being wired differently. Dyslexics have trouble with sounds and language (housed in the brain’s left hemisphere), but they are often great at visual spatial thinking (housed in the right hemisphere). This may explain why we have so many successful dyslexic architects, engineers, and artists. Individuals with Asperger’s may have difficulty thinking at the “big picture” level (this requires a broad network of neural connections), but are better than most people at narrowing in on a specific topic. This may be why the Israeli army recruits people with Asperger’s into an elite intelligence unit dedicated to interpreting aerial and satellite photographs. They can see details that others can’t.

It makes sense, doesn’t it, that if your brain is weak in one area that another might pick up the slack? In her book The Autistic Brain,  Temple Grandin explains that some areas of her brain are smaller than normal, and others are larger. Dr. Grandin is brilliant at visualizing how things work, and she feels this is because the volume of axons (the pathway) projecting from the area of visual object information to her frontal and motor cortex is 10x larger than most people’s. Being different need not always be a bad thing.

Let’s look at the strengths associated with ADHD. The hunter/farmer hypothesis proposes that ADHD was an evolutionary advantage to nomadic hunter-gatherers who could both hyperfocus and were better able to sense and respond quickly to predators. It is only as agriculture developed and people became farmers that these behaviors – so useful hunting mammoths on the plains – became maladaptive in environments like the modern classroom. Maybe ADHD was an advantageous variation in human evolution. Could it still be?

In an article I wrote for CHADD a few years ago I touched on this topic: Looking for Silver Linings in the ADHD Playbook.

Here are the top ten benefits or “superpowers” associated with having ADHD in modern society:

Doesn’t sound so bad, does it?

My favorite strength, and the one with the most evidence to support it, is creativity. Why would ADHD support enhanced creativity? Because weak ability to inhibit distraction and lapses in attention facilitate divergent thinking and the generation of random thoughts and ideas. Also a wider attentional span allows more elements and ideas to be combined, generating novel and original ideas. And the willingness to take risks is one of the core underpinnings of creativity. Researchers at UConn recently published a study about Engineering Students with ADHD, finding they possess “unparalleled creativity and risk-taking potential.”  They can draw on the kind of non-traditional divergent thinking essential for making radical technological breakthroughs – just the kind of thinking that moves society forward.

Forbes magazine describes ADHD as "the entrepreneurs superpower". Sir Richard Branson, Ikea founder Ingar Kamprad, and JetBlue founder David Neelman are exemplars. Success magazine reports that “some of the most successful entrepreneurs credit their attention-deficit/hyperactivity disorder for their accomplishments.” Creative people in fields from acting to politics attribute their success to their ADHD (actors Justin Timberlake, Channing Tatum, and Ryan Gosling, swimmer Michael Phelps (the most decorated Olympian of all time), political strategist James Carville, and others).

I’m a big believer in nurturing the strengths and interests of every child, not just trying to “fix” their weaknesses and make them be like everyone else. A strengths-based approach is especially important for students diagnosed with a disability. Yes, we need to help the child with ADHD get through school by addressing the challenges associated with their profile. But to help them fulfill their potential and become happy and productive members of society, we need to place an equal or perhaps even greater emphasis on helping them discover and celebrate their unique abilities.

Look for the ADHD “superpowers” in your child, and help them become the successful adult they have the potential to be!

If you’d like to talk with me about how to reinforce and develop the strengths of your child with ADHD, please e-mail me to plan a time to chat. I can be reached at: dm@drdevon.com.