Does giftedness matter? Or is it all about effort? 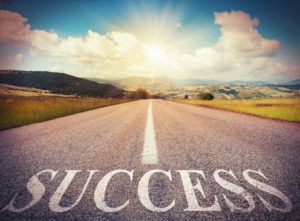 The nature/nurture debate has been going on for centuries. Is it our genes (nature) that predict success? Or is it the environment (nurture)? In the past 20 years this topic has evolved into the innate ability/natural talent vs. practice/effort debate. One side argues that success is all about innate ability and natural talent, while the other argues that it’s all about how hard one is willing to work. In the early and mid-1900's as researchers studied intelligence and developed tests to measure it, it was generally believed that one's "natural endowments" predicted success. In the 1950's and '60's the cold war space race was a boon for gifted education, as national polices were implemented in an effort to identify and educate the "best and the brightest."

The pendulum swung hard from ability toward practice and effort in the 1980’s and 90’s. In a politically correct world, the practice/effort argument was appealing because it posits that anyone can achieve success if they are willing to work hard (and the right environmental factors are supplied). In 1993 Dr. Anders Ericsson published a paper arguing that training and deliberate practice could explain performance differences that had been previously ascribed to innate talent. Studying expert performance in sports, music, mathematics, and other areas he found that so-called innate ability was unnecessary to predict who would become most successful. The single greatest predictor of success was hours devoted to the activity. The more someone practiced, the better they were. It’s a provocative argument, and one that Ericsson still espouses over two decades later. If it’s true, anyone with any ability profile can follow their dreams and, with enough effort, reach them. Ericson did add one caveat: when it comes to athletics, height and body size do make a difference. Along the same line, in the book Talent is Overrated (2008), George Colvin argued that investing the right type of practice on a focused pursuit is far more important than natural ability in predicting performance. In 2011 Malcolm Gladwell popularized the “10,000 hour rule” in Outliers, attributing the success of the Beatles and Bill Gates almost entirely to intensive practice. 10,000 hours of practice was identified as the threshold level required to achieve the level of mastery associated with being a world-class expert in anything.

If this is true – that success is all about practice and effort, and that anyone can achieve anything they set their heart to – does giftedness as a construct even matter?

Recently, the pendulum has swung the other way - toward innate ability. In a 2014 meta-analysis, a study analyzing the results of 90 other studies carried out across disciplines ranging from sports to the arts to academia, authors Hambrick, et. al. reported: “More than 20 years ago, researchers proposed that individual differences in performance in such domains as music, sports, and games largely reflect individual differences in amount of deliberate practice, defined as engagement in structured activities created specifically to improve performance in a domain. This view is a frequent topic of popular-science writing—but is it supported by empirical evidence? To answer this question, we conducted a meta-analysis covering all major domains in which deliberate practice has been investigated. We found that deliberate practice explained 26% of the variance in performance for games, 21% for music, 18% for sports, 4% for education, and less than 1% for professions. We conclude that deliberate practice is important, but not as important as has been argued.” In  2017 authors Wai & Rindermann studied what factors contributed to high educational and occupational achievement by examining a sample of 11,745 high achievers across disciplines. They found that about 50% of these super successful individuals were in the top 1% in terms intellectual ability (in other words, they were gifted).

What does it take to turn giftedness into success - for gifted children to become high achievers?  Giftedness is a raw ability. In his "Differentiated Model of Giftedness and Talent" Robert M. Gagné made an important distinction between natural abilities or giftedness and talents. He defined giftedness as: “the possession and use of untrained and spontaneously expressed natural abilities in at least one ability domain, to a degree placing that student in the top 10% of age peers.” Talent, on the other hand, implies "the superior mastery of systematically developed abilities (or expert skills) and knowledge in at least one field of human activity to a degree that places a student in the top 10% of peers in that field." This is an important distinction because the terms “gifted” and “talented” are often used synonymously. Gagné differentiates between giftedness as raw capacity and talent as a developed ability. Talents progressively emerge from the transformation of high aptitudes into the well-trained and systematically developed skills characteristic of a particular field of human activity or performance.

Thus, a young child might be described as gifted to highlight that they have exceptional abilities and, when they have favorably developed these abilities may be described as gifted and talented. While such a child will always (barring exceptional mishap) remain gifted, only when a high level of performance has been attained can they also be described as talented. This alludes to the common phenomenon of gifted underachievement, and points us in the direction of beginning to understand and therefore remedy this.

Gagné’s model  illustrates the process and factors influencing whether a child’s giftedness will develop into a talent. Chance is a significant factor, but so are the environment and intrapersonal catalysts. Environmental influences include culture and family, teachers, peers, and the provision of programs and services. Intrapersonal catalysts include health, motivation, concentration, and temperament. Efforts can be made to facilitate the development of gifts into talents through a developmental process encompassing informal and formal learning and practice, enriched curriculum and training, a goal of challenging excellence, systemic and regular practice, regular and objective assessment of progress, and personalized accelerated pacing. Sounds like a great gifted education program to me! 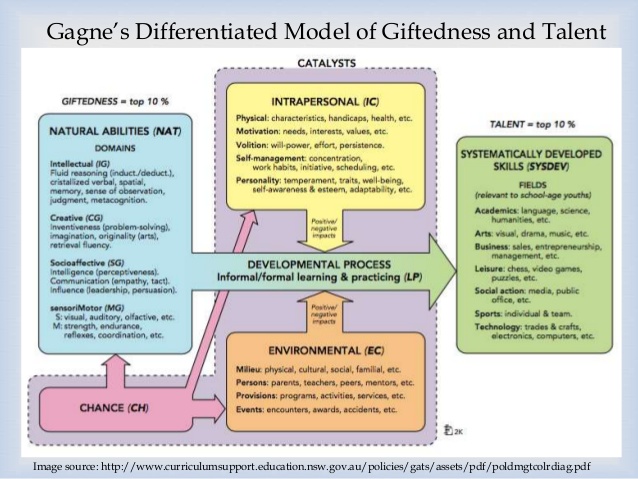 So, to answer the question posed at the beginning of this blog: giftedness does matter. I feel that in many domains, it’s a necessary but not sufficient condition to predict high achievement. The development of gifts into talents is a process impacted by environmental, intrapersonal, and chance factors.

Let me add a caveat of my own that the discussion above focuses solely on the outcomes of "success," “high achievement” and  “talent.” I believe it is quite possible for a gifted person to eschew such outward measures of achievement, and perhaps not contribute their talents to society at large in any measurable way, but to still be a happy and fulfilled person in part because of their giftedness. Giftedness can provide the individual with a rich inner life entirely separate from societal measures of success.