Is Fluid Intelligence the key to the future? 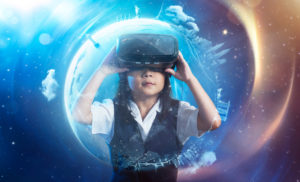 Intelligence is multifaceted. When people tell me they want to know their IQ, I feel like asking: “In what area?” There are many different cognitive abilities and they have different impacts on what one is trying to accomplish. That’s why I approach the assessment of a person’s abilities from the perspective of the Cattell-Horn-Carroll (CHC) model which is, in effect, an inventory of “the intelligences.” It's the most comprehensive and empirically supported theory of the structure of cognitive abilities to date, reflecting 70 years of research. About 80 different abilities are defined, with 20-25 of these playing important roles in school learning.

Crystallized Intelligence is the ability to use learned knowledge and experience. It’s not the same thing as memory, but it does rely on accessing information from long-term memory (learning that has become “crystallized”). Crystallized intelligence encompasses vocabulary, depth and breadth of general knowledge, the ability to listen to and understand oral communications, knowledge of grammar, and the like. It is the product of educational and cultural experience. When you meet someone who has a large vocabulary, knows a lot of facts, is a Crossword puzzle or Scrabble master, and is a voracious reader, you can be pretty sure they have strong crystallized intelligence. People who have strong crystallized intelligence tend to sound really smart and they tend to do well in school.

In contrast, Fluid Intelligence is the capacity to reason and solve novel problems, independent of any knowledge from the past. It involves drawing inferences, concept formation, classification, generating and testing hypothesis, identifying relations, comprehending implications, problem solving, extrapolating, and transforming information. Fluid reasoning encompasses inductive reasoning, deductive reasoning, and quantitative reasoning. Sherlock-Holmes kind of thinking. When you meet someone who has strong fluid reasoning you may not have any idea how smart they are until you throw a problem at them that needs solving. People who have strong fluid intelligence don’t necessarily excel in school, especially in the lower grade levels. If they make it to the PhD-level they may have trouble memorizing all the information they need to pass their oral exams. But boy can they defend their dissertation!

Some of the children I work with are strong in both areas. Others are strong in one or the other, but not both. The ones with strong crystallized intelligence tend to do well in school, as so much of school (the way it is structured today) is about learning facts and procedures. The ones with strong fluid intelligence may be so busy questioning the assumptions that they don’t learn the rules and procedures their classmates do. They may resist authority and question the value of what’s taught in school.

The Future: Our world is changing very rapidly. I know people have often said that about the times they live in, but it’s more true now than ever before. The pace of innovation and disruption is accelerating. As a society we are facing all kinds of novel problems to which we have no learned solutions, from political changes to global warming to the potential dangers of artificial intelligence. By 2020, the Fourth Industrial Revolution will have brought us advanced robotics and autonomous transport, artificial intelligence and machine learning, advanced materials, biotechnology and genomics. I wonder: What kind of brains will our children need to work in that kind of environment?

Now I’m going to enter into an area of conjecture and hypothesis, as I can find very little research literature on the topic. I guess I’m tapping into my own fluid intelligence.

I feel a shift in the kind of intelligence we need for the future necessitates changes in the way we teach children. We’re teaching 19th century skills in our 21st century schools. To teach 21st and 22nd century skills will require a move away from the teaching of standard procedures and rote memorization toward creative problem-solving and how to tap into inductive and deductive reasoning processes. Intelligence is not fixed – it’s malleable. That’s what having a “growth mentality” is all about. So I’d like to see schools, parents, employers, and others focus more on the benefits of enhancing human fluid intelligence. After all, machines can probably do crystallized intelligence a lot better than we can anyway.