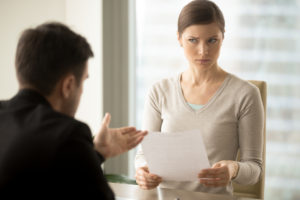 What is it? In 2006 Dr. Robert Melillo – a chiropractor - entered into a partnership with his nephew to launch the Brain Balance franchise model. Since then, over 130 franchises have been purchased across the country. The concept is based on Dr. Melillo’s book: Disconnected Kids: The Groundbreaking Brain Balance Program for Children with Autism, ADHD, Dyslexia, and Other Neurological Disorders. He describes his program as a “non-medical and drug-free approach” based on “cutting edge brain science” for achieving “optimum body and brain balance.” He argues that kids who have learning or behavioral issues have “inadequately developed sensory and motor systems” and because “the brain is built from the bottom up,” sensory and motor work must be done “before any higher learning, behavioral or academic changes can truly happen.”

He addresses this presumed deficit with “motor” exercises (e.g. rhythm and timing, primitive and postural reflexes, eye-muscle balance) and “sensory” exercises (e.g. hearing, vision, smell, taste, touch). Academic skills are also (briefly) addressed. The sensory, motor, and academic work is all condensed into 3 one-hour sessions per week at a center. Your child is taught by a “coach” – an unlicensed person who need have no background in education, health, occupational therapy, chiropractic, or any related field. A blogger who got details from a former center employee insider's perspective reports that “most staff are very young (21/22 on average), with no real relevant qualifications, and there’s a high turnover; most don’t stay longer than a few months. That could be partly because of the wages; $10 an hour."

In addition to the 3 hours per week your child gets at a center, the program includes nutritional recommendations and exercises to be done at home.

Most families are advised that their child requires two 3-month sessions at a cost of $6,000 per session, plus several hundred dollars for the assessment and proprietary nutritional supplements (including KidGenius vitamins “that help promote brain growth!”). Total cost is approximately $13-14,000. Cost per session works out to about $182/hour, of which the coach gets approximately $10. None of the cost is covered by health insurance.

Can it help? Let’s break the question down into what part (s) of it work, and for who?

Let’s start with “who.” I’m skeptical that children with all the different issues they claim to treat can be helped with the same basic treatment. A blog titled Total and Utter Neurobollocks states: “They claim to effectively treat pretty much any developmental disorder under the sun, including autism, ADHD, Asperger’s, Tourette’s and dyslexia, without the use of any drugs. This is because all these disorders are (apparently) caused by an “underlying functional imbalance or under-connectivity of electrical (brain) activity within and between the right and left sides of the brain.” Any alarm bells ringing yet? They should be. Whenever someone comes along with a miracle-cure for a range of unrelated conditions, and has come up with the equivalent of a Unified Field Theory of neurodevelopmental disorders, something must be a bit fishy.”

There are also multiple parts of “it” to consider – sensory motor exercises, academic skills tutoring, and dietary changes each would be expected to have different effects (if any). Some aspects of the program’s interventions might prove helpful to individual children. I’m all for good nutrition, academic skills tutoring, and parents spending quality time exercising with their children, for example. But there is no indication that the core theoretical basis of the program - that sensory-motor exercises will “balance” the brain and improve “functional connectivity” – has any basis in fact. That aspect of the program is based on speculation, not on credible evidence.

One parent, Natalie Hanson, chronicled her family’s experience in a blog. She wrote: “We went into it very hopeful.” “So…he’s a chiropractor. Whatever. If the program works, who cares?” Two years later she wrote: “many of you have reached out via the blog and via email for guidance about whether to pursue Brain Balance for your children. It’s so hard to hear your stories and your desperation, which (in many cases) mirrors our own.” But, “knowing what we know now, I don’t think we would do it again… The most valuable thing we’ve done is remove gluten and dairy from our kids’ diet, and get their genome mapped so that we can address underlying issues with their biochemistry through food, supplements, and ultimately medications.” Later that year she wrote: “I continue to get so many questions about Brain Balance from hopeful parents. I would just like to reiterate again that I WOULD NOT recommend investing in this program for your kids. It is extremely expensive, and the results are fleeting at best. You’re better off changing their food habits and finding other ways to address the behaviors. I know this may be unpopular for those of you looking for answers, but these programs are not what you’re looking for – what they are promising is, sadly, too good to be true.”

Dr. Harriet Hall, a retired family physician who writes about pseudoscience and questionable medical practices on the website Science-Based Medicine, wrote a critical review, saying she was initially skeptical because “miraculous results are reported (“He spoke for the first time!”),” but says the biggest red flag is that they claim their program is “clinically proven,” yet they provide mostly testimonials as evidence. Anecdotal reports do not provide evidence of the efficacy of a treatment. Dr. Hall examines the one research study then mentioned on the website in which “They speculate that ADHD is related to a “functional dysconnectivity,” hemispheric imbalance, subcortical dysfunction, a lack of temporal coherence, and a difference in arousal level between the hemispheres. They provide no evidence that these are characteristic of ADHD or were present in their subjects, or that their treatments specifically changed any of them. They assumed an underactive right hemisphere (it was not clear why) and they provided interventions that they assumed (without any supporting evidence) ought to remedy the alleged imbalance."

When I checked the Brain Balance website for listings of research I found that several articles and a few studies are now listed. Some sound astonishingly compelling. A 2013 randomized control study (that part sounded good!) reports the “elimination of ADHD symptoms in 81% of participating children after completing a 12 week program.” As if that weren’t enough, 60% also achieved a two-grade level academic increase and 35% achieved a four grade level increase in academic skills! Sounds too good to be true, doesn’t it?

The lead author was Dr. Gary Leisman. I googled his name, and the fifth hit that shows up is a Finding of Scientific Misconduct published by the NIH in 1994. Apparently, this “authority” falsely claimed to have earned an M.D. degree he never earned, to have been a professor of neurology at Harvard Medical School (he had no such affiliation), and to have been awarded 13 U.S. Patents (he never was). Since that time, he has been working in Cuba and Israel.

Other articles include tenuous links to Brain Balance methodologies from some solid research findings. For example, the finding that children with autism have higher than normal connectivity between certain areas of the brain was extrapolated to “lend further support to the Brain Balance theory of Functional Disconnection…The Brain Balance Program combines customized sensory-motor and cognitive activities to repair the miscommunication.”

Why isn’t their more research? Well, first of all, neuroscience has moved far beyond the simple left brain/right brain dichotomy. Furthermore, the idea that diverse conditions are caused by a disconnection syndrome between the two hemispheres is preposterous enough to fail to get research funding.

Why don’t the people making money from Brain Balance programs fund some research? Melillo has argued that Brain Balance is too busy treating patients to do rigorous scientific studies. How convenient.

Can it hurt? Yes - your pocketbook.

What should parents do? Spend their time and money on treatments that are efficacious. Dietary changes, academic skills tutoring, exercise, and maybe even some sensory-motor therapy – depending on the child’s needs – provided by someone trained and licensed to provide it (a good occupational or physical therapist, for example).