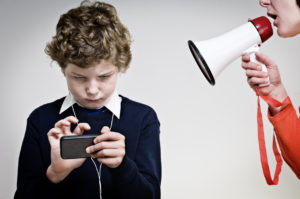 What is Central Auditory Processing Disorder?

Central Auditory Processing Disorder (CAPD) – also known as Auditory Processing Disorder (APD) – is an umbrella term for a variety of disorders that result in a breakdown in the hearing process. It is not due to peripheral hearing loss, but rather has to do with the way the brain processes sounds. It’s what the brain does with what the ears hear. The American Speech Language Hearing Association (ASHA) defines CAPD as a deficit in one or more of a number of skills, including difficulties knowing where a sound is coming from (sound localization); the ability to detect changes in the duration of, and time intervals between sounds (temporal processing); and the ability to detect spectral variations in sounds (particularly those that differentiate sounds between phonemes). CAPD affects between two and 20% of children.

A debate flares up about auditory processing disorders frequently between disciplines.

One side of the argument - often coming from psychologists -  is that CAPD is not a valid and reliable “diagnosis,” that the tests assessing auditory processing have poor psychometric properties (lack reliability and validity), and that information gained from an auditory processing evaluation doesn't help us develop treatment plans in any event. This side often points out that there’s a lot of overlap between CAPD and ADHD, CAPD and developmental language disorders (e.g. speech and language), and CAPD and dyslexia, and that it’s very hard to distinguish among these conditions and between their symptoms. Psychologists may point out that the clinicians testing for CAPD are audiologists who have little to no training outside their specialty, which may be one reason they tend to think everything is an auditory problem.

The other side of the argument - often coming from audiologists - acknowledges that while there are overlaps and comorbidities between CAPD and other disorders, it nevertheless exists as a separate entity. They argue that there are measurable, replicable decrements in central auditory processing that cannot be otherwise accounted for by overlapping diagnoses such as ADHD or language disorders. Some children who are perfectly able to pay attention in quiet environments cannot do so in situations with high levels of background noise like the typical elementary school classroom. An audiologist may argue that this is because they have difficulty processing speech sounds embedded in ambient noise – not because they have an attention deficit. However, over time they may begin to look as though they have ADHD if the effort of trying to listen grows so tiresome that they “give up” and “tune out.” And they may begin to have speech and language and reading difficulties as auditory processing underlies both phonemic processing (which underlies reading) and linguistic processing (which underlies speech and language).

Who’s right? Is it a real diagnostic entity?

I think it is “real.” It’s now listed in the American Medical Association’s International Classification of Diseases, Tenth Revision (ICD-10) code as a distinct medical condition separate from mixed expressive-receptive language disorders, where it used to be lumped.

But I agree it’s really hard to distinguish it from other disorders. The primary professional organization for diagnosticians of CAPD, ASHA, states on their website description of CAPD that “there is no universally accepted method for screening for CAPD,” “there is currently no reference standard for diagnosing CAPD,” and that even among clinicians who do diagnose it that “diverse perspectives among interdisciplinary team members involved in the evaluation process may result in different diagnoses.” If you take your child to an audiologist you may get a diagnosis of CAPD, but if you take your child to a Speech-Language Pathologist (SLP) you may get a diagnosis of a language disorder. A psychologist may provide a different diagnosis altogether. 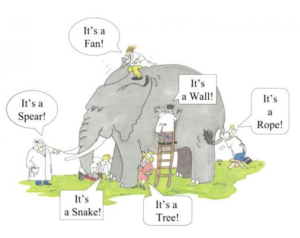 Does it help to get a diagnosis?

I’m not so sure. It can help to know why your child behaves in certain ways. Parents who are aware their child has an auditory deficit may be more sympathetic when they appear to not be listening to oral instructions (how many times did I have to tell my son to brush his teeth...?) and consider school options with lower levels of noise (e.g. small classes, no open classrooms, homeschooling). And it can help to know there is CAPD if it really seems there is nothing else going on. But usually there is something else. And I honestly feel there isn’t a whole lot to be gained from the additional knowledge that CAPD is in the mix.

Interventions for auditory processing disorders fall into two categories: therapy and accommodation. Dr. Theresa Bailey, a pediatric neuropsychologist who has written extensively about this topic, feels that neither has sufficient documentation to meet an evidence-based standard of care. Therapies like Fast ForWord and auditory integration therapies like Berard AIT should be considered experimental at best, despite widespread clinical availability. Accommodations include the use of a sound-field FM amplification system in which the child wears a special headset and the teacher wears a headset with a microphone and transmitter. How many kids (or teachers) want to do that? And they may not help much anyway. The research on benefits shows contradictory findings. We just don’t know what kinds of interventions or accommodations provide measurable benefit to a child with auditory processing deficits. There may be treatments that are effective for CAPD developed in the future, but they aren't available yet.

What should parents do? If you decide you want to assess your child for auditory processing deficits, have a multidisciplinary team involved. The measurement of central auditory functions should be conducted as just one component of a comprehensive evaluation in order to understand the totality of what is contributing to the child’s learning challenges. And try to have a professional involved who is knowledgeable about the multiple disciplines who can help you figure out what it all means.